The tree that preferred to be naked 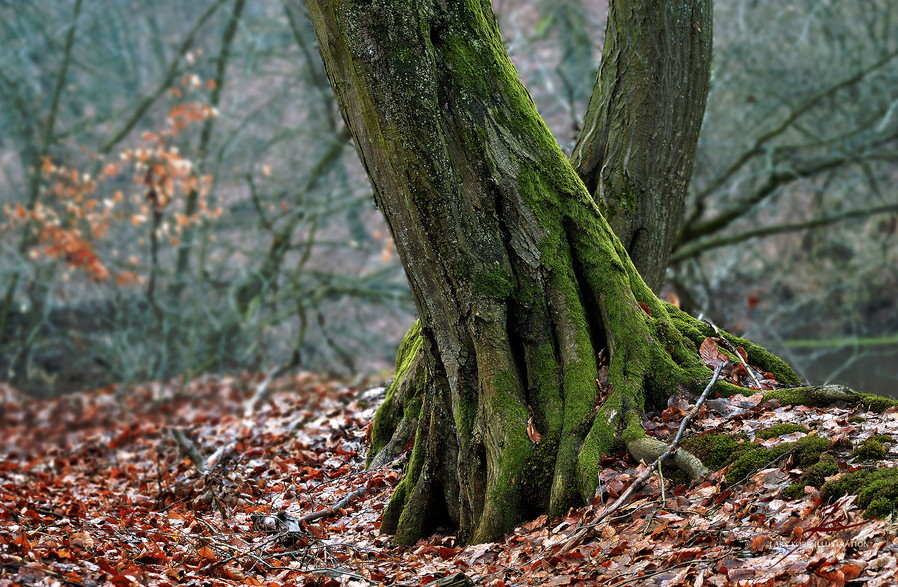 Once upon a time there was a tree.

In the middle of an orchard it came out of the ground, a small green, fragile shoot that blended in with the surrounding grass. Curious about its surroundings, it observed the world around him, the flowers that opened and closed every day, the whistling birds, hopping from branch to branch, the farmer visiting early in the morning to pick the fruit from the trees, the grass moving in the wind….

Oh how he loved seeing all this and how badly he wanted to participate and be part of all this beauty.

One year went by and the shoot evolved into a little branch, carrying some stalks. He realised that he was not part of the grass, but that he was a tree and he started observing the elder fellow trees with close attention.

He thought they were so big, so beautifull, covered in leaves and flowers; he loved seeing the flowers transform into fruit, he noticed the gentle attention of the farmer,…

However, comparing himself to the other trees, he noticed that his bark didn’t resemble any of the other trees, his branches didn’t have the same form. So, he got scared, scared that he wouldn’t grow to be as big, to be less beautifull, to not carry enough fruit,  he got scared that the others, the apple trees, maple trees, pear trees, wouldn’t accept him and he decided not to carry any leaf, flower or fruit.

And so the years went on, every spring his stem was a little wider, longer, he grew new branches, but… he didn’t grow one leaf, flower or fruit.

To avoid being naked in the company of the others, he let himself be overgrown by poison Ivy, bindweed and mistletoe: not knowing what he would look like, he preferred showing off the beauty of other plants.

The farmer contemplated cutting him down more than once, to serve as wood for his stove, but occupied by other activities, he always postponed the task. One day he arrived with an axe and he started cutting away the plants growing around the tree. The layer of plants had grown so thick that it took him the entire day to cut them away and he once again postponed cutting down the tree. That night, a parasite moved into the bindweed and ate it from the inside out, so that it finally died. The birds that suddenly noticed the mistletoe from the sky started pecking away at the plant.

There was nothing left but the tree in the middle of the orchard: nothing but a stem and some branches.

The tree suddenly became accutely aware of its nudity and not finding a plant nearby that could cover it, it decided to grow on its branches tiny, delicate leaves of a light green colour, at the end of each branch it allowed a lot of cute white flowers to develop, that contrasted beautifully with the intense brown colour of its branches and the freshness of the leaves.

The farmer finally found the time to cut down the tree and came back to the orchard. He discovered at the place of the naked tree a beautiful cherry tree and had no longer any desire to cut it down. He left the orchard, amazed by the miracle that had happened.

From that day on, the tree lived happily amongst the other trees in the middle of the orchard. He’s different from the others, not more beautiful or less beautiful, nor bigger, but equally usefull. He understood that the texture of its stem didn’t matter, nor the form of its branches, the colour of its leaves or even the size of its flowers: the only important thing is the fruit he produces and the fact that only he can produce that kind of fruit.

Also, every year, in the cherry season, the children of the farmer climb into his arms with a ladder and gorge on his fruits, rejoicing him with their laughter.

Every time we refuse to flourish, something will be missing in the world. Lets not be afraid of the fruit we could carry, every single one of them allows life and love to grow on earth.