The message of the pink dolphins 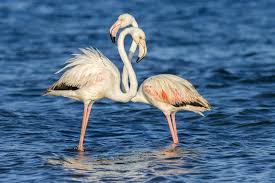 This is a message I received from the pink dolphins that inhabit the Yacuma river that passes through Madidi national park in the Bolivian Pampas at the entry of the amazonian rainforest. We spent a couple of days over there, in the magnificent natural environment and we also swam with the dolphins. It’s quite special to swim with them because the water is very dark and you don’t actually see the dolphins coming until they touch you. Very surprising! They are very playful and they like to tease a little. I didn’t seek to communicate with them, but I am happy that they took the opportunity to express themselves.

The communication with them does not happen in an oral way (Jean-Baptiste hears for example all the messages he receives, he hears the messenger speak to him) but in a telepathic way. The dolphins project images in my head and as soon as a thought crosses my mind, they will pick it up and respond to it. As they are social animals, living in groups, they also communicate in group and there were several of them talking at the same time. Since I am not yet used to hearing different voices at the same time, I was not able to catch part of what they were saying to me. I will probably reconnect with them in the future, as I felt there were still of lot of things they would like to share with us.

Hello, we are happy that you came here and that we have an opportunity to communicate. We’ve been calling you for a couple of years now and it’s nice that you finally came and are able to hear us. We ourselves are here for different reasons. First of all, like all dolphins on earth, our presence helps maintain the frequency of a higher consciousness on this earth, so that this frequency is readily available for those that wish to access it. More specifically, we are here (in the river) to heal the people that come here.

All the tourists, the pampa guides, the visitors… There are for example a lot of young Israeli tourists that come to Bolivia right after their military service. Bolivia being one of the least expensive countries in South America and also a country that still easily provides visa for Israeli citizens. Freshly out of military service, they are looking to distract themselves and on a subconscious level they are looking for healing. It’s not easy to be confronted with their energy: many of them have been “toughened up” and shut off from certain parts of themselves during military service and they took on a macho behaviour because of the hard military climat in their country. There’s a lot to say on the situation in Israel, but what I felt really clearly by meeting many of them is that they are above all a population that suffers, an injured population and I was happy to feel the effect of the dolphins on some of them. Some will return to their country with a heart that is a little more open and with new realisations, thanks to the healing work of the dolphins.

There are many people that come here and that suffer greatly. They have like black holes in their hearts. We feel this with our sonar that functions like a radar: We send out waves, sound waves, and normally, if the human heart is in good condition it will send back these sounds, like an echo. People whose hearts are too injured don’t send anything back, our sounds go through them, they pass through the holes. That’s how we know which people need help and which ones are in good health.
There is a lot of suffering among human beings, they cause a lot of suffering, mainly to themselves. We can see all that, we can see the holes, the glitches.
The earth also has some “holes”, some injuries and we also work to heal those.
We are happy to be able to heal the people that come here, it gives us a lot of pleasure. We also like that you ask us to help people from time to time, we love doing that.
(There are different energies that accompany me with the healing work I do, these are always different in function of the person I’m treating and they always present themselves spontaneously, without me having to call them. It’s at these occasions that the dolphins assist me from time to time during a healing session, always with very good results.) Distance is an illusion, like you know, and we also heal telepathically, like you. In a way it’s us who thought you (laughter), but that was a looong time ago when there was still a lot of water on the earth.

We communicate telepathically, like all dolphins, and like human beings used to do. They used this way of communication among themselves, but also with us, with other animals, with the earth. There are now very few people left that still know how to do it. We heard that you were going to organise a ritual to reestablish intuitive communication between human beings, we would like to participate. (This ritual has not yet been planned and I don’t have more information to give you for now, but I’ll keep you informed as soon as I know what they’re talking about)
We communicate all the time with our brothers and sisters from other parts of the planet, for example we “told” them that you were here. “Showed” would be more accurate, as our communication is done with images: we project images with sound, we reconstructed your image this way with soundwaves. This is why you can easily hear us, you are more sensitive to images than to sound.

Here my thoughts drifted off a little and I started thinking about babies because I once saw a documentary that showed that dolphins are particularly attracted to pregnant women. They will swim up to them and touch their bellies. I always wondered if they did that to communicate with the baby.
Ah, babies, yes, we communicate effortlessly with them, they can hear us. We reassure them, because prior to birth, there’s always a little stress. They’re afraid of forgetting their mission, of never remembering throughout their lives. Those that are born today are very brave, they know that there’s a lot of probability that they will never fulfil their life’s mission. We have a lot of appreciation for these brave souls.
With us it’s different, we don’t lose our consciousness, we are born conscious and we remember everything. We remember everything that ever happened on this earth: beautiful events and less beautiful events.

The heart is the key to everything. If the heart is too damaged, if there are too many holes, than the human will not be able to access the new consciousness. He will only be able to access the totality of his being (like knowledge of past lives, intuition, confidence, knowing his life’s mission…) if the heart is not too flawed. That’s why it’s important to heal the heart. It’s the engine of the human body, you know this on a biological level, on an anatomical level, but it goes much further than that. The heart is also the energy engine of the human, a function that is nearly inactive in the majority of humans today. It’s like a machine that generates magnetic energy. When it’s active a human being deploys an enormous magnetic field. When this field is active, a human being is in good health and has access to the knowledge of what has been, what is, he has access to his extrasensory capacities (which are just normal capacities for a human being that has a heart whose energetic function is active).
When the heart’s magnetic field is active, a human being emanates a colour, a source energy. Your colour is gold. This colour determines the core of your life’s mission.

There are many things that can hurt the heart: not listening to yourself, being disappointed in yourself, hurting someone, wanting to controll or dominate someone… When one does something to hurt someone else, it’s the other person that will have visible damage: injuries of the body or the mind… But it’s the person that hurts another, that suffers the greatest damage to the heart. These are injuries that are invisible to you, but we see them and they run deeper than visible injuries and take a lot longer to heal. It can even take several incarnations to heal.

This is also how what you call “black magic” works, which is just wrong use of energy. It’s imposing an external energy to a human being. There are entities that see the holes in the hearts of human beings and they take advantage of this. The more the human heart is injured, the more it is open to energetic invasions. This is because a human being will search compensation for the lack of energy and these entities feel this. The human being opens the door to energies other than his own to fill in the blanks, to fill the holes. Only, his heart will deteriorate only faster this way, his heart is emptied this way. This is what these so-called black entities are: entities that are empty, like shells, they lost their colour and their source energy.
Human beings have even started to copy this behaviour: they try to control others, take power over others, they try to feed themselves off the energy of the others to compensate their own lack in energy. They empty the vital energy of someone else and in doing so they empty their own heart.
Normally, everything is full, there is no lack or empty and there is no need to look for energy outside yourself. This is also the fluidity you often talk about: it’s the flow of the heart, it’s reestablishing the flow of the heart, it’s as simple as that.

Thank you for this moment! Until next time!