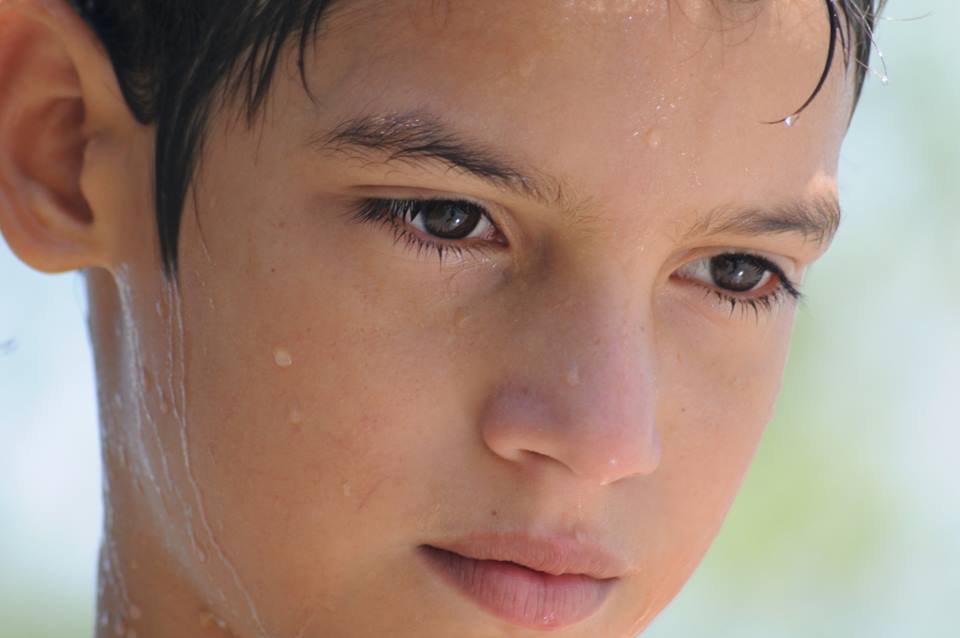 Once there was a bad little boy whose name was Jim, though if you will notice, you will find that bad little boys are nearly always named James in your Sunday-school books. It was strange, but still it was true that this one was called Jim. He didn’t have any sick mother either – a sick mother who was pious and had the consumption, and would be glad to lie down in the grave and be at rest but for the strong love she bore her boy, and the anxiety she felt that the world might be harsh and cold towards him when she was gone. Most bad boys in the Sunday-books have sick mothers who teach them to say, “Now, I lay me down,” etc., and sing them to sleep with sweet, plaintive voices, and then kiss them good-night, and kneel down by the bedside and weep. But it was different with this fellow. He was named Jim, and there wasn’t anything the matter with his mother — no consumption, nor anything of that kind. She was rather stout than otherwise, and she was not pious; moreover, she was not anxious on Jim’s account. She said if he were to break his neck it wouldn’t be much loss. She always spanked Jim to sleep, and she never kissed him good-night; on the contrary, she boxed his ears when she was ready to leave him.

Once this little bad boy stole the key of the pantry, and slipped in there and helped himself to some jam, and filled up the vessel with tar so that his mother would never know the difference; but all at once a terrible feeling didn’t come over him, and something didn’t seem to whisper to him, “Is it right to disobey my mother? Isn’t in sinful to do this? Where do bad little boys go who gobble up their good kind mother’s jam?” and then he didn’t kneel down all alone and promise never to be wicked any more, and rise up with a light, happy heart, and go and tell his mother all about it and beg her forgiveness, and be blessed by her with tears of pride and thankfulness in her eyes. No; that is the way with all other bad boys in the books; but it happened otherwise with this Jim, strangely enough. He ate that jam, and said it was bully, in his sinful, vulgar way; and he put in the tar, and said that was bully also, and laughed, and observed “that the old woman would get up and snort” when she found it out; and when she did find it out, he denied knowing anything about it, and she whipped him severely, and he did the crying himself. Everything about this boy was curious — everything turned out differently with him from the way it does to the bad Jameses in the books.

Once he climbed up in Farmer Acorn’s apple-tree to steal apples, and the limb didn’t break, and he didn’t fall and break his arm, and get torn by the farmer’s great dog, and then languish on a sick bed for weeks, and repent and become good. Oh! no; he stole as many apples as he wanted and came down all right; and he was all ready for the dog too, and knocked him endways with a brick when he came to tear him. It was very strange — nothing like it ever happened in those mild little books with marbled backs, and with pictures in them of men with swallow-tailed coats and bell-crowned hats, and pantaloons that are short in the legs, and women with the waists of their dresses under their arms, and no hoops on. Nothing like it in any of the Sunday-school books.

Once he stole the teacher’s pen-knife, and, when he was afraid it would be found out and he would get whipped, he slipped it into George Wilson’s cap — poor Widow Wilson’s son, the moral boy, the good little boy of the village, who always obeyed his mother, and never told an untruth, and was fond of his lessons, and infatuated with Sunday-school. And when the knife dropped from the cap, and poor George hung his head and blushed, as if in conscious guilt, and the grieved teacher charged the theft upon him, and was just in the very act of bringing the switch down upon his trembling shoulders, a white-haired, improbable justice of the peace did not suddenly appear in their midst, and strike an attitude and say, “Spare this noble boy — there stands the cowering culprit! I was passing the school-door at recess, and unseen myself, I saw the theft committed!” And then Jim didn’t get whaled, and the venerable justice didn’t read the tearful school a homily, and take George by the hand and say such a boy deserved to be exalted, and then tell him to come and make his home with him, and sweep out the office, and make fires, and run errands, and chop wood, and study law, and help his wife do household labors, and have all the balance of the time to play, and get forty cents a month, and be happy. No; it would have happened that way in the books, but it didn’t happen that way to Jim. No meddling old clam of a justice dropped in to make trouble, and so the model boy George got thrashed, and Jim was glad of it. Because, you know, Jim hated moral boys. Jim said he was “down on them milksops.” Such was the coarse language of this bad, neglected boy.

But the strangest thing that ever happened to Jim was the time he went boating on Sunday, and didn’t get drowned, and that other time that he got caught out in the storm when he was fishing on Sunday, and didn’t get struck by lightning. Why, you might look, and look, and look, all through the Sunday-school books from now till next Christmas, and you would never come across anything like this. Oh no; you would find that all the bad boys who go boating on Sunday invariably get drowned, and all the bad boys who get caught out in storms, when they are fishing on Sunday, infallibly get struck by lightning. Boats with bad boys in them are always upset on Sunday, and it always storms when bad boys go fishing on the Sabbath. How this Jim ever escaped is a mystery to me.

This Jim bore a charmed life — that must have been the way of it. Nothing could hurt him. He even gave the elephant in the menagerie a plug of tobacco, and the elephant didn’t knock the top of his head off with his trunk. He browsed around the cupboard after essence of peppermint, and didn’t make a mistake and drink aqua fortis. He stole his father’s gun and went hunting on the Sabbath, and didn’t shoot three or four of his fingers off. He struck his little sister on the temple with his fist when he was angry, and she didn’t linger in pain through long summer days, and die with sweet words of forgiveness upon her lips that redoubled the anguish of his breaking heart. No; she got over it. He ran off and went to sea at last, and didn’t come back and find himself sad and alone in the world, his loved ones sleeping in the quiet church-yard, and the vine-embowered home of his boyhood tumbled down and gone to decay. Ah! no; he came home as drunk as a piper, and got into the station-house the first thing.

And he grew up, and married, and raised a large family, and brained them all with an axe one night, and got wealthy by all manner of cheating and rascality; and now he is the infernalest wickedest scoundrel in his native village, and is universally respected, and belongs to the Legislature.

So you see there never was a bad James in the Sunday-school books that had such a streak of luck as this sinful Jim with the charmed life.