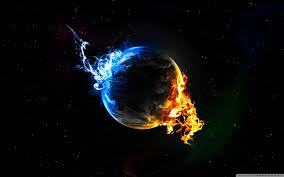 Nuestra Señora de la Paz is a town that doesn’t do justice to it’s name. From the early morning till late at night there is commotion in the steep streets of downtown La Paz and in the arid square blocks of l’Altiplano. Each day an impressive shift of energy takes place and the roads and streets of the city are filled with students, soldiers, children, people on their way to work, tourists, Aymara women (women in traditional attire wearing colourful, multilayered skirts, large decorative scarves of alpaca wool and tiny hats) that sell their goods.

The sidewalk is the main marketplace in La Paz: everywhere you can see little white closets that serve as shops and whose merchandise is spread out on the sidewalk each morning. Next to that you can find improvised stands (a piece of plastic, a basket, a bag are largely sufficient to open a sidewalk “store”) that sell anything and everything you can imagine: fruit & vegetables, fresh juices, stockings, clothes, Windows applications, elixirs promising to grow back your hair or cure rheumatism, fluorescent orange chickens & unidentifiable hunks of meat that are exposed in open air… and candy: tons and tons of candy whose sugar content approaches 99% (refined Belgian sugar, something to be proud of…). The rule seems to be: the more you can pile up on the sidewalk, the more your shop will be successful. Even the stores abide by the same rule: there are people renting commercial spaces, but even they move the majority of their merchandise onto the sidewalk each morning.

There are 2 different kinds of shops like the ones we’re familiar with, in a building: drugstores (the Bolivians clearly inherited the Spanish obsession with medication) and garages. Without exaggeration, there are easily 2 tot 3 garages per street: the trafic in La Paz is an adventure, machismo is rampant among drivers of old Lada’s or Toyosa minibuses (not a typo, they like to approach well-known brands, if only in name), it’s survival of the fittest and you make sure you’re heard and seen by honking the horn and by touching the cars of your neighbours while escalading the streets in the first gear. The word is anarchy: if there are any rules, I wasn’t able to detect them and when walking, it’s best to run while crossing the street if you want to avoid getting mowed down.

The anarchy that can be felt in trafic is continued in town planning: until the contrary is proven, there aren’t any urban planning laws and if there are, they are not at all applied. The population exploded at an unseen rate which means they are forced to keep building and there’s not enough time to finish the houses, which provides La Paz with it’s characteristic red brick colour of unfinished buildings. Even if time were not an obstacle, the population is to poor to be preoccupied with futile questions such as aesthetics, taken into account that a large part of the citizens does not have toilets or warm water at home, problem which is partly solved with the large number of public restrooms and showers. Poverty is most visible in El Alto which takes on the likes of a concentration camp with it’s monotonous square blocks and dusty roads, instead of a welcoming home to entire families. Here, people are busy surviving and they don’t have the time to live, poverty is norm and wealth is exception.

But where did the money go? People work, I can see them each morning, taking their places on the sidewalks to sell their goods? All you need is a good look at the city: the few buildings that are well maintained are banks and some governmental institutions, protected by highly armed military men. The dragon of economic progress struck here as well and proved, yet again, to be synonymous with the exploitation of the masses in favour of a few bankers, multinationals and corrupt politicians.

How can people get out of this situation? Well, it’s not by going to church, where numerous people go during lunch break and before and after work. They go there to plead the lord to get them out of their hopeless situation, in these temples of horror they call churches, where deformed puppets representing the holy family in different degrees of agony send them the following message: life is suffering and without sufferance one can not expect to be elevated.
It’s not by putting their faith in politics: there are elections and the heads of state change, but fundamentally everything stays the same (recognise this?). The right, or the obligation, to vote keeps people trapped in the illusion that they influence the state of affairs or that they have a say by placing their personal power in the hands of others.
It’s not by drinking the magic potions people buy in the witches’ market to become multibillionaire, to acquire a beautiful wife or to have a bigger house than the neighbour.
No change can come from putting our lives and destinies in the hands of other people. It doesn’t matter if this person is your priest, your president, your banker or your employer… The change will come from the people, from motivated individuals.

Bolivians are strong willed people and they start to manifest their discontent: there are student marches every day, independent radio stations that are being created to inform the people and above all there’s a strong social cohesion that made sure that they were able to survive up till now. It’s the various citizens’ initiatives that will save the world and that are lighting up here and there as inspiring lights for the rest of the population: There’s the lady from the vegetarian restaurant that is educating the population on the effects of unhealthy food on the body and the environment, there are schools that are beginning to teach in a more creative manner, respecting the authenticity of each child, there’s a return to the source with different engaged individuals educating people on respecting the earth and motivating people to consume biological and local food…

And Pachamama in all this? Bolivia created the Pachamama law, a law that defends the rights of mother earth, which is a first in the world, but that, till today is not being applied and that almost seems like a bad joke when you see the quantity of garbage that is littered all over the Bolivian countryside.
The Bolivians completely lost their connexion to the earth, they cut themselves from their source and to go back to abundance, they need to reconnect, familiarise with Pachamama (mother earth). They started blindly adopting values that weren’t theirs, they bought into different illusions: wealth, economical welfare (the one and only), an easy lifestyle…. They got fooled, like us, but they are starting to awaken, like us.

The fact that this law exists is significant, even if it is not yet being applied. When we put it against the context of the current state of the country and the state of consciousness of the people, this law seems to be a miracle, almost as if it were the earth herself that demanded it’s existence. As if she wanted to show that she’s still there, waiting for the Bolivians to recognise her again as their ally.